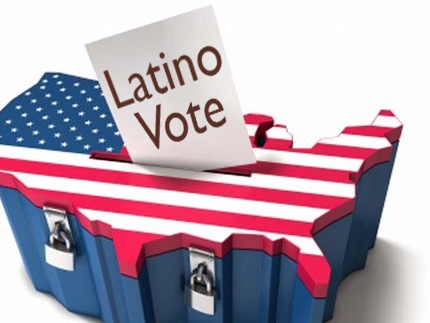 Thank goodness there is a curtain to hide behind when I vote on Super Tuesday. Although my history is to publicly declare my vote after stepping out from behind the curtain, the 2016 March Primary causes me to bite my tongue and run into the shadows. What if my bet is a Trojan horse, and 2017 dawns an era of regret?

Early in the battle for the Republican mantle, so many contenders made my head spin. It has been the virtual reality show of politics. So many wanting the red rose and the public’s kiss just to stay in the game through the final episode. Following each A Team and B Team debates the overload of commentaries brought forth nothing new to me. I feel like I have to rudder through the deluge of presidential hopefuls on my own.

The challenge, however, was determining the composition of my rudder. Should I navigate conservatively, steer from my Latino roots, or let the homogenous, entrepreneurial small business owner guide me to a decision? The conflicts are heavy; my shoulders slump.

Jeb Bush offered me comfort early. I respected and survived under the leadership of his father and his brother. I was faithful to the Bush brand and had confidence that Jeb would be the right leader for this time. However, from the sidelines and from the beginning, it was apparent to me that the Jeb Bush campaign was strategically inept. He either failed to fill his cup with wise but shrewd counsel, or he failed to follow it. Under the national spotlight, his accomplishments and potential were drowned out by his weak posturing and demure presence. If we lived in black and white, he was a Richard Nixon: sweaty brow, ruffled, surprised by his circumstance, unprepared.

Chris Christie was easy to dismiss. He was stuck in 9-11 and stuck like a rump roast in the crockpot of relentless jokes by Jimmy Fallon and every other comedian in front of a camera. He lost before he began. However, his recent endorsement of Donald Trump points to his real pursuit of a presidential appointment of some kind. Anything to flee New Jersey.

In Texas, we have a silent code: Support the hometown boy. Hire the grad from your alma mater. Vote for the Texan, even if he gets us into a war. It could be good for state commerce. Hire the immigrants for the work your kids won’t tackle; refer them to your friends. Yet, Ted Cruz is not my kind of Texan. His bent is too far right for me. His faith is too neatly leveraged for me. His Latino experience and positioning are not for me. My Texas tie that binds is unraveling.

So through my Latino lens, I look around and find a younger, dapper, articulate Marco Rubio. Back to life in black and white. He is a John Kennedy: Young family man with passion, a face that exudes hope for the future, a real politician that commands the camera and a room. His messaging platform is a bit redundant, and his Latin temper is a bit unbridled. Rubio could appeal to my Raza Unida roots, but my broader life perspective questions his capability. Columba Bush, please tell me what you would do.

Columba might say that it’s the governors who do the real work. They are the best qualified to lead our country. John Kasich agrees. But looking at the November deadline, I see neither Kasich nor the very thoughtful, respectful and wise Ben Carson in the hunt. Clicking either of their names on the ballot feels like placing a bet on the racehorse with a broken leg. Sure anything could happen, but these two candidates are too far behind the leaders of the pack. It’s the elimination game, the American Political Idol. Your engagement with social media matters and the social media monster is Donald Trump.

Trump has captivated the general public through brashness and bold business acumen that makes everyone else seem inferior. His prowess on Twitter and national television, however, does not give me confidence in him as Commander in Chief. I’m concerned that he is an empty suit when it comes to politics, public leadership and diplomacy. He may wrangle a good business deal, but his consistent rude nature blinds my confidence in him to protect our nation in the boardroom of terrorism. There is no wisdom in a braggart. A leader who views himself as always right opens the door for something terribly wrong.

When it comes to casting my vote, potential policies or proposed programs of the Republican candidates pale in comparison to the image of their character. The recent failure of the original American Idol Kelly Clarkson to pull off her performance on the season finale program was forgivable because of the viewing audience’s trust in her. The character image of my Republican presidential candidate must be favorable and trustworthy as well. Otherwise, I’m afraid this conservative Latino Republican vote could go to the other side of the isle. I could very well be the horse Hillary Clinton is betting on. Thank goodness for the curtain.